The cutest and colorful creatures, budgies, are the most sold bird in the world. People love to welcome them as their family members and develop a close bond with them. The first instance of keeping budgie as a pet dates back to the mid 19th century. In around 1837, an English bird enthusiast John Gould and his brother-in-law Charles Coxen brought the bird to Europe from its native place, Australia. In the 1840s, John included budgies in his book series, ‘Birds of Australia’ describing them as the most animated and cheerful creatures. This led to the introduction of budgies to the aviaries all over Europe. But, the demand for the little bird was still limited to the wealthier segment of society. However, this soon changed as in 1845, Queen Victoria received a pair of budgies as a gift which introduced the bird to the Europeans at a larger scale. And this led to an explosion in demand for the bird around the continent.

The American continent was quite slow in appreciating the beauty of these artistically plumed creatures. The trend of keeping budgies as pets started in the 1920s in the continent but gained popularity only in the 1950s.

Budgies are available in many colors, patterns, and sizes in the markets but in their natural habitat, they can be found only in green color. All other colors are a result of a mutation of various species to add to the beauty of nature. The budgies which are available for sale are divided into two basic categorical series of white-based and yellow-based. To date, there are around 32 known primary mutations and 100s of secondary mutations. So, if you happen to buy one, you can find budgies in blue, white, grey, violet, yellow, grey-green, the rare black and white striped one among many others.

The large aviaries usually breed around 3000 to 5000 birds for sale containing a mix of finches, budgies, doves and other few. The price of the bird is typically determined based on the combined demand from households and bird retailers. There are many other medium and small-sized aviaries which meet the ever-growing demand of budgies all over the world.

Among budgies, the sale of the male bird is more than the female one due to male budgies being more talkative. Though it is difficult to determine the gender of baby budgie, people still aim to buy a male one because of their ability to develop better vocabulary. Puck, a male budgie, is the world record holder for developing the largest vocabulary amongst any bird by remembering a total of 1728 words. Another budgie named Disco rose to fame due to his quirky phrase telling abilities and has, by far, gathered 19.8 million views on his official YouTube channel.

Though budgies are usually available at reasonable prices for sale, there is a variety that costs a bit more than the others. These are the English budgies which are also known as show budgie and are exhibited at various animal shows for admiring their beauty. They are fluffier than other budgie and appear to be double the size of the American variety.

Diary of a Happy Budgerigar

Budgie taming and bonding with a pet 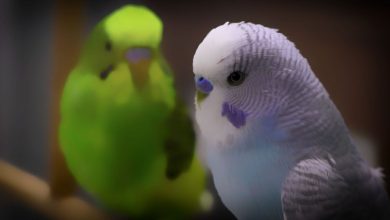 Can Budgies kill each other?

Can a Male and Female Budgies Live Together? Life Together 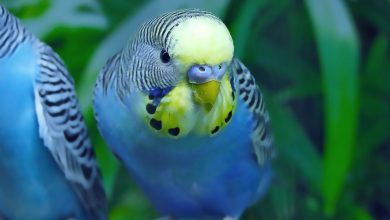 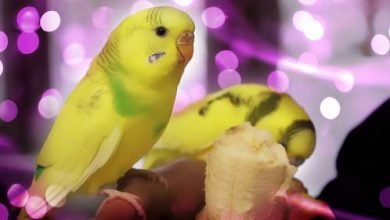